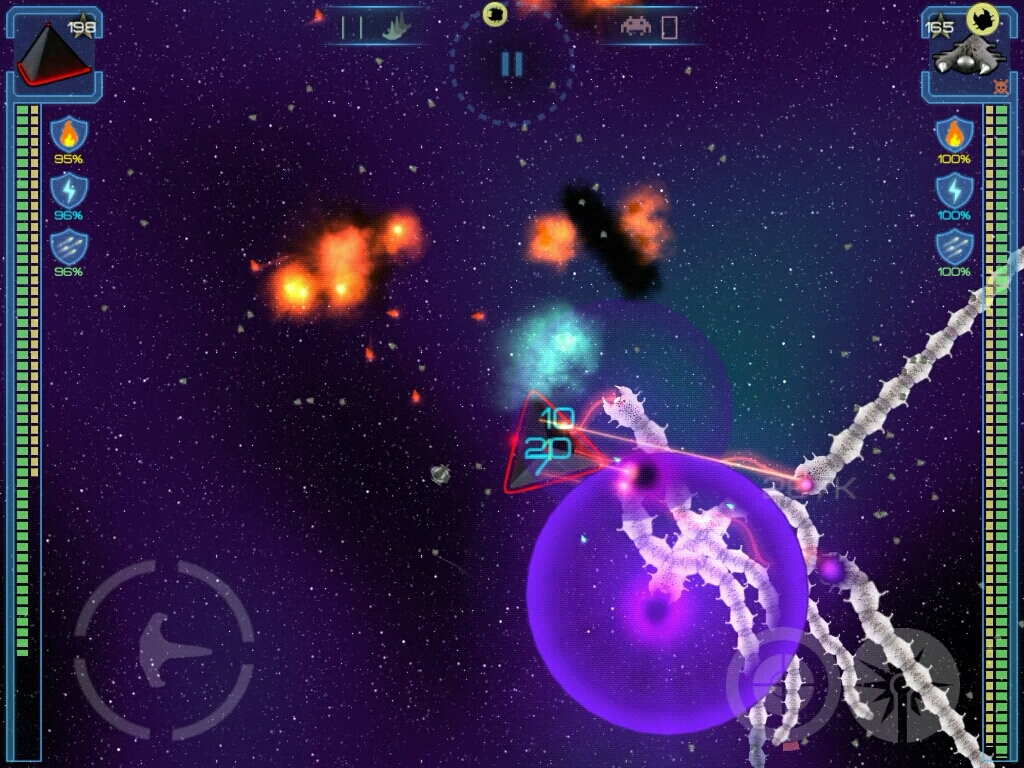 The Tartarus flagship is probably one of the weakest flagships, it struggles somewhat in the weapon department damage wise and you can’t unlock it’s main weapon the heavy vampiric ray limiting options available. It does has a huge number of green module slots, almost the entire ship, it basically can be a giant flying reactor. 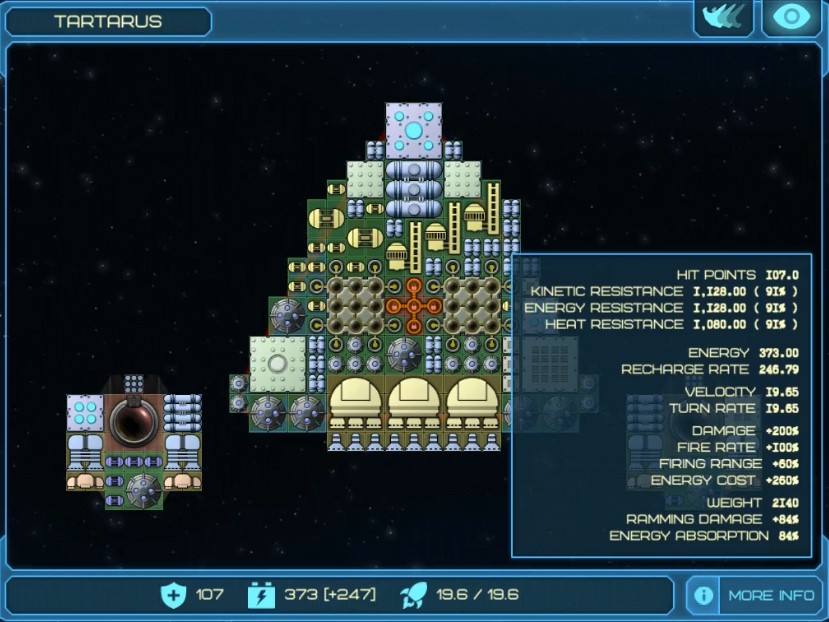 Having said that it can reach maximum speed, Leviathan and Chariot being the only other flagships that can do the same, and also have very high resistances whilst still maintaining the speed. This combination with the heavy vampiric ray can make it almost unkillable. It becomes a problem with hard hitting weapons, such as death rays, and when the enemy levels are significantly higher.

This layout doesn’t work very well at all against lvl 300 enemies. Flagships can instantly kill, damage output is not high enough from the vampiric ray, it can be painfully slow to kill enemies and the healing it provides is not useful if you die so quickly. There is more of a reliance on the satellite pod weapons for damage which usually means the holy cannon is the only viable option.

Summing up, this layout is definitely a lot of fun to use against enemies of similar level or lower. Higher levelled enemies start to cause some heart ache, fights become frustrating, tedious, repetitive and slow and there comes a point where it’s not practical.